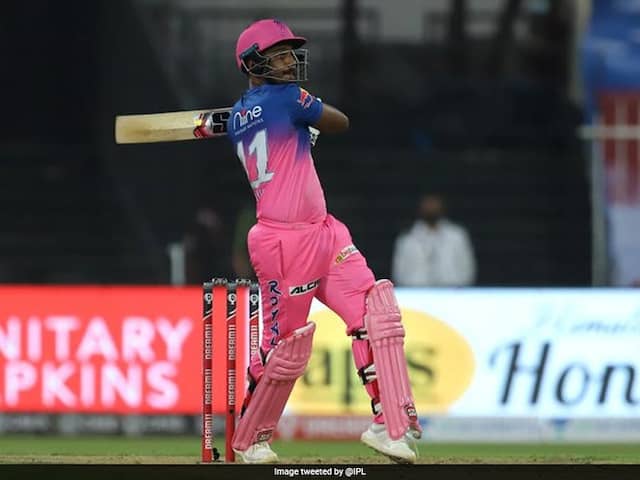 After playing a brilliant innings of 74 runs in just 32 balls against Chennai Super Kings, Rajasthan Royals wicket-keeper batsman Sanju Samson said that he worked on his power-hitting ability during the coronovirus-induced lockdown. His remarks come after the team’s 16-run win over CSK in the Indian Premier League (IPL) at the Sharjah Cricket Stadium. Samson was adjudged Man of the Match for his innings of 74 runs off just 32 balls, which helped the Rajasthan Royals reach 216/7 in the scheduled twenty overs. Captain Steve Smith scored 69 runs. In the final over of Rajasthan’s innings came the game moment with Jofra Archer, bowling CSK’s lungi ngidi for 30 runs.

“My game plan is to stand up and deliver. If it’s in the arc I’ll go for it, and it’s very important to keep the intention of hitting the ball if it’s supposed to hit. I’m working hard on my fitness, diet Samson told Star Sports in the post-match presentation that my game is based on strength and strength, because my game depends a lot on power hitting.

“I think range-hitting is the demand of the game in this generation. I had time to work in these five months, and I think I have enhanced that ability. Everyone likes to keep wickets and anybody The person does not like running, but it is up. The coach said. We are happy to bring a smile to the faces of fans and we hope that we will continue to do so.

During his innings, Samson hit nine sixes and a four to take Rajasthan across 200 runs.

CSK will next face Delhi on 25 September while Rajasthan will face Kings XI Punjab on 27 September.