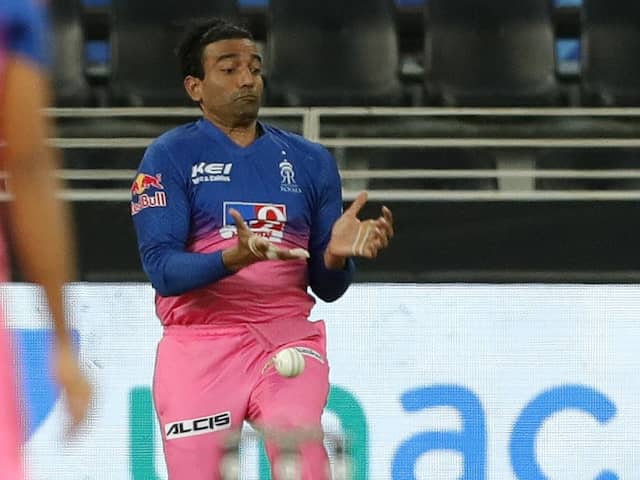 In the Indian Premier League (IPL) match between Rajasthan Royals and Kolkata Knight Riders on Tuesday, Robin Uthappa was spotted for salivating the ball while fielding in the third over. As a precautionary measure against coronaviruses, the International Cricket Council (ICC) has banned the use of saliva to shine a cricket ball. However, players are allowed to use sweat as a substitute for flashing the ball. The incident took place in the third over when Uthappa gave up an easy catch after which batsman Sunil Narine played a lofted shot in an attempt to clear the field.

A team can be issued up to two warnings per innings but the batting side will have to pay a penalty of 5 runs according to the ICC using repeated saliva on the ball.

After being asked to bat first, KKR scored 34 off 23 balls from Eoin Morgan. In the final over, Tom Curren conceded 16 runs to take KKR to a score of 170 runs.

Meanwhile, the Royals started the chase on the wrong foot, losing captain Steve Smith in the second leg itself.

Even Sanju Samson and Jos Buttler failed to withstand the attack as the batsmen looked to bounce things off the chase and quit chasing.

Ultimately, the Royals remained restricted to 137/9 and won KKR by 37 runs.