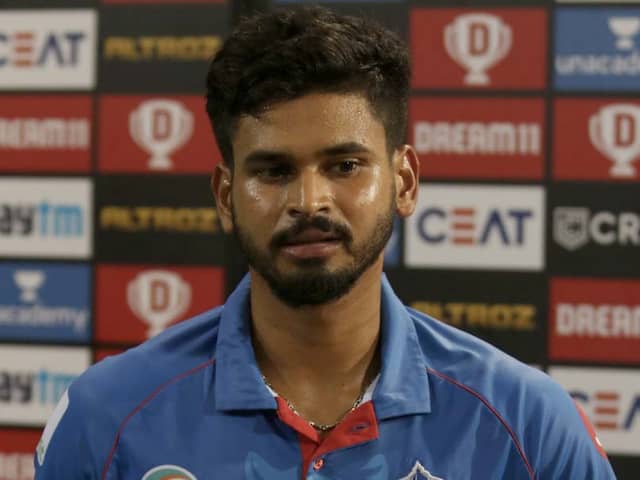 Delhi captain Shreyas Iyer has been fined for maintaining a slow over rate against Sunrisers Hyderabad (SRH) in the Indian Premier League (IPL). Iyer has been fined Rs 12 lakh as it was the first offense for the Delhi Capitals to maintain a slow over speed in the ongoing IPL. “As it was his team’s first offense of the season related to minimum over-rate offenses under IPL’s code of conduct, Iyer was fined Rs 12 lakh,” the official statement said.

The match between the Delhi Capitals and Sunrisers Hyderabad was played at the Sheikh Zayed Stadium in Abu Dhabi on Tuesday.

Hyderabad, led by David Warner, defeated the Delhi Capitals by 15 runs as they scored 162 runs.

The Delhi Capitals were chasing 162, but they were limited to only 147/7 as Rashid Khan returned from his four-over quota with figures of 3-14.

Sunrisers Hyderabad next take on Chennai Super Kings on 2 October, while Delhi Capital will face Kolkata Knight Riders on 3 October.

IPL 2020, RR vs KKR match live streaming today: know when and where to watch online