Indian Premier League: Mumbai will like to open for Indians if given the opportunity, says Suryakumar Yadav 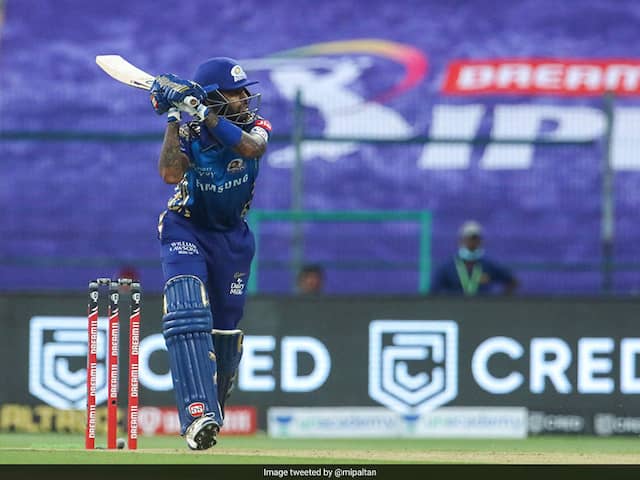 After playing an innings against Kolkata Knight Riders, Mumbai Indians batsman Suryakumar Yadav said he would open the batting if given a chance. Suryakumar, who came in at number three, played a crucial innings against KKR on Wednesday. The right-hander hit six fours and a six in his 28 off 47 balls. The 30-year-old cricketer is instrumental in the batting of the Mumbai Indians and earlier made his innings for Mumbai in the 11th and 12th editions of the Indian Premier League (IPL).

Suryakumar said during a virtual press conference to ANI, “This is really a whole team management call. I have also loved opening for Mumbai Indians in the last two years and whenever they will give me a chance, I’m good. Will take. The opening matches can be seen opening the batting.

Captain Rohit Sharma was the mainstay of the Mumbai Indians in batting against KKR. He hit six sixes in his innings of 80 runs and also his 200th six in the IPL. He is the second Indian to do so. CSK captain MS Dhoni hit 214 IPL sixes under his belt.

Suryakumar praised Rohit’s brilliant innings and said that no matter whether the boundaries are small or not, Rohit will keep things very simple while batting.

He said, “He (Rohit Sharma) is a world-class batsman. When he goes to bat at Wankhede (Stadium), he keeps things very simple and the same things that he has taken to Abu Dhabi. The boundaries here are big Are. I don’t. Think there was a drastic change in his batting, “said Suryakumar.

He said, “He (Sharma) played his natural game for which he is known and the result is in front of you.”

Mumbai Indians registered an easy 49-run win over KKR. The Rohit Sharma-led team will next play the Horns with Royal Challengers Bangalore on 28 September.

Indian Premier League: Kieron Pollard is the only cricketer who can play 200 games for Mumbai Indians, says Hardik Pandya