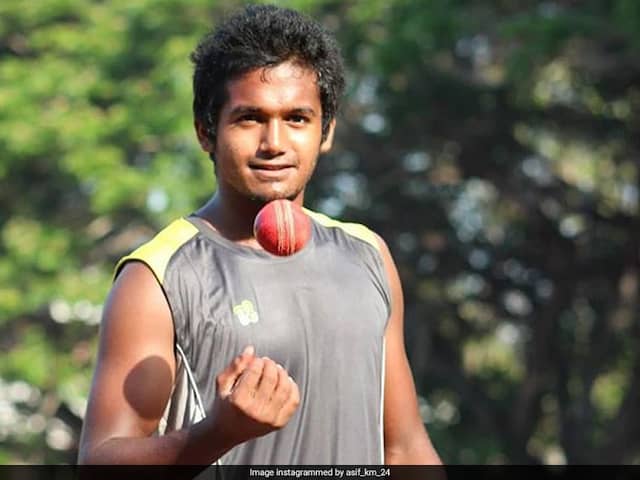 IPL 2020: According to CSK CEO, KM Asif has not yet been tested positive for COVID-19© Instagram

Chennai Super Kings CEO Kasi Vishwanathan has dismissed claims of fast bowler KM Asif breaking into the bio-secure bubble and going to the reception area of ​​Team Hotel in Dubai. Speaking to ANI, the CEO said that the lobby has a separate area that caters to the players, and all employees working there are regularly tested to avoid any cases of infection. “I don’t know if the facts have been checked because there is a reception in the lobby, the staff attending the CS unit is different. Asif will obviously not go and talk to the general staff. The boys know there is one . Dedicated team working with players. The fact that she had lost the key and left and asked to change. It is true. But she did not go to the regular staff who worked and walked to the designated desk. The matter is out of proportion. The facts need to be kept in mind, “he said.

Explaining further, the CEO said that he himself has ensured that he does not enter the bubble there for the players and the support staff is different for the officials.

“We all know the severity of the situation and how deadly the coronovirus is. In fact, I myself have not been to the floors where the players and support staff are living. Their bubble is different from the bubble created for the officers.

“We are being as humanly cautious as possible. The players have done 14 tests so far and Asif has been a part of them and is negative. Now, we can’t ask every staff member at the hotel to be part of the bubble ., But let me tell you that all these are being tested regularly, “he explained.

CSK did not have a great start to their journey in this edition of the IPL as 12 players, including two players, tested positive for coronovirus after landing in the UAE. In fact, the quarantine period saw him miss important training time after arriving in the country and captain MS Dhoni talked about how it affected his preparations in the tournament.