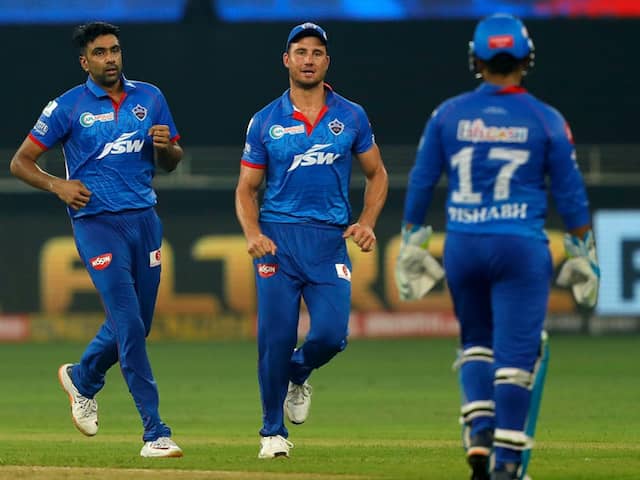 Delhi Capitals head coach Ricky Ponting said they would find out about all-rounder Ravichandran Ashwin’s injury soon. Ashwin displayed a superb form during the match against Kings XI Punjab (KXIP), taking two wickets in his first over on Sunday. However, on the last ball of the over, he dived to save a single and injured his shoulder in the process. Ashwin then took to the field along with team physio Patrick Farhart. Delhi Capital won against KXIP in the Super Over.

“Still Gulzar after dawn. Thrilled the way we returned after our debut. @Casino and Rabada 25 with a super over with both @Bat and Ball. We soon get to @ ashwinrax99 for an injury. Will find out more about it and hopefully he is fine. Play against the Super Kings, “Ponting wrote on Twitter.

Still buzzing after dawn Thrilled the way we fought after our debut @MStoinis With both bat and ball and @ KagisoRabada25 With a quality super.

We will get more information @ ashwinravi99Hurt soon and hopefully he is fine to play against the Super Kings. https://t.co/MxljKCqqYx

Marcus Stoinis performed brilliantly in the match and scored 53 runs from just 21 balls. Both teams had scored 157 runs in the scheduled 20 overs.

In the final over, KXIP needed 13 runs to win. Mayank Agarwal scored 12 runs off the first three balls but Stoinis bounced back.

Stoinis bowled a dot ball before taking two wickets off the final two balls, taking the match in the super over. Aggarwal was dismissed for 89 off 60 balls.

IPL 2020: CSK’s Ruturaj Gaikwad joins the team after the quarantine