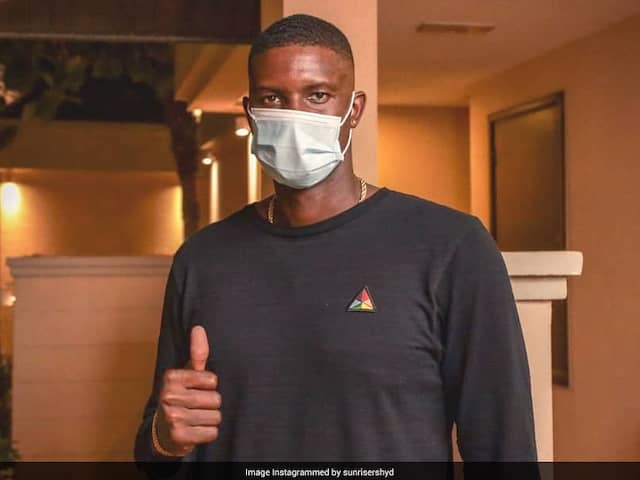 West Indian Test captain Jason Holder has arrived to join the Sunrisers Hyderabad (SRH) squad for the ongoing Indian Premier League (IPL) in the United Arab Emirates (UAE). Holder will now be confined in his room for six days as he undergoes quarantine as a precautionary measure against coronaviruses. If he returns in this time frame with three negative COVID tests, he will join his teammates.

All players and team personnel undergo a six-day quarantine period after landing in the United Arab Emirates and all are required to test for COVID-19 three times.

Once, they all test negative for COVID-19, players can begin training in the UAE with their teammates.

Earlier this week, SRH announced that Holder would replace all-rounder Mitchell Marsh in the squad for the current IPL.

Marsh was dismissed in his first over in a match against Royals Challengers Bangalore (RCB) on Monday. He came to bowl in the fifth over of RCB’s innings, but he was seen to bend his ankle on the second ball of the over. He bowled two more balls but eventually decided to get off the pitch.

The right-handed batsman then came in to bat at number 10 and was visually impaired. However, he was dismissed on the very first ball, in which he faced the match by 10 runs as SRH.

SRH lost their opening match against RCB and now all sides are ready to face Kolkata Knight Riders on Saturday.

CSK did not think of Suresh Raina as he made himself unavailable, says CEO Kasi Vishwanathan