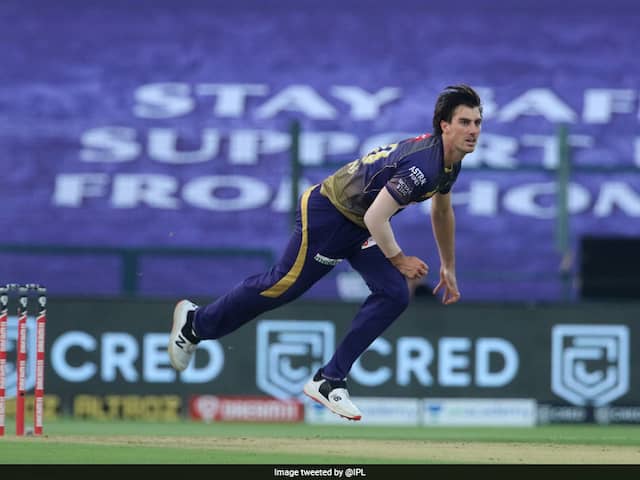 Pat Cummins, after giving up 49 runs in just three overs in his last Indian Premier League (IPL) game, bounced back strongly and made an impressive performance with the ball against Sunrisers Hyderabad (SRH) at the Sheikh Zayed Stadium in Abu Dhabi. Saturday. Cummins bowled with a new ball and bowled clean Johnny Bairstow in his second over. Australian Pacer’s spell for 19 impressed one and all, including former India all-rounder Yuvraj Singh. Yuvraj took to Twitter to express appreciation for Cummins.

Great come back @ patcummins30 ! I think it is a very good learning for young fast bowlers after getting hit in the first game how quickly they corrected their length and put pressure on the batsman! Identification of a quality bowler

“Great comeback by @ patcummins30! I think it’s great for young fast bowlers to get hit in the first game after learning how quickly they have corrected their length and put pressure on the srh batsman. Identifying a quality bowler “, Yuvraj wrote on Twitter.

In the match, SRH captain David Warner won the toss and opted to bat.

Hyderabad franchise started off poorly after losing Bairstow’s wicket in the fourth over.

Warner looked good while staying at his crease but he hit a four in Varun Chakraborty’s hands.

Mohammad Nabi hit two fours towards the end of the inning to take SRH’s total to 142/4.

Both teams entered the game after losing their campaign opener. SRH suffered a 10-run defeat at the hands of Royal Challengers Bangalore, while Kolkata Knight Riders were beaten by defending champions.