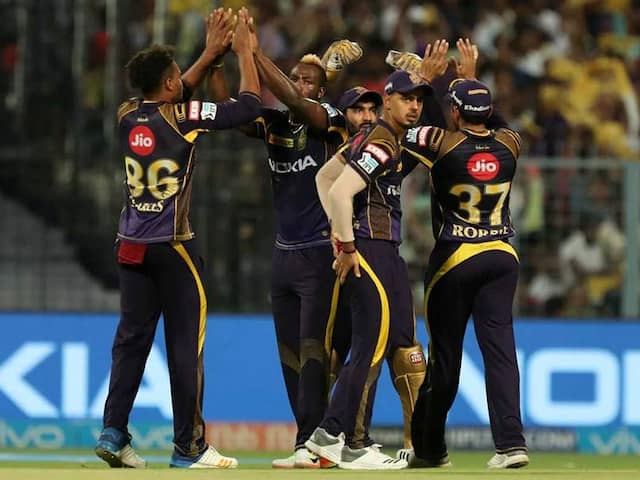 Kolkata Knight Riders (KKR) will take on Indian Premier League (IPL) champions Mumbai Indians on Wednesday at Sheikh Zayed Cricket Stadium in Abu Dhabi. KKR, led by Dinesh Karthik, will start their campaign with a win, while Mumbai Indians, who lost their opening match against Chennai Super Kings, will look for a better overall performance. Both teams have been involved in some epic games over the years but it is the Mumbai Indians who enjoy a healthy overall edge over the Kolkata franchise.

The two teams have faced each other 25 times in the IPL and Mumbai Indians have come on top 19 times while KKR have just six wins.

In their last meeting, Mumbai Indians dominated KKR to win by nine wickets at the Wankhede Stadium.

For KKR, Andre Russell and Sunil Naren are coming up afresh after performing well in the recently concluded Caribbean Premier League and may be looking to favor the Dinesh Karthik-led side as they take on the defending champions in Abu Dhabi Will come to the ground.

KKR, who has won the IPL twice, has invested heavily on Australian fast bowler Pat Cummins this season.

Cummins became the most expensive overseas buyer in IPL history when KKR bought him for Rs 15.5 crore last year during the annual player auction.

For Mumbai, James Pattinson, who replaced Lasith Malinga, bowled well, but as his batsmen failed in the opening game, Rohit Sharma could be tempted to balance his side by including Nathan Culter-Nile. .

IPL 2020, Kolkata Knight Riders vs Mumbai Indians: Players to Watch Out For