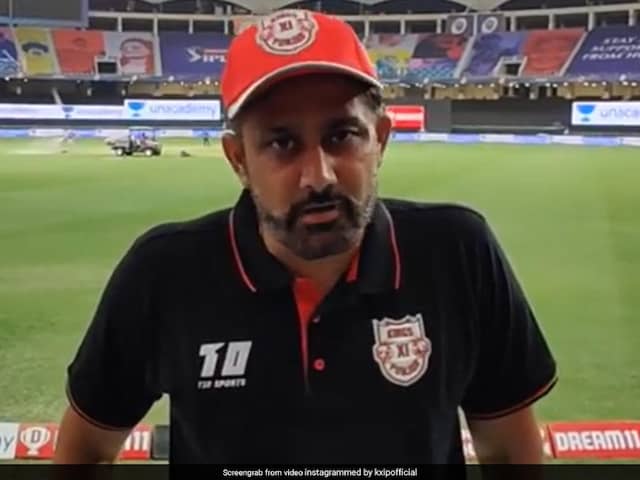 Kings XI Punjab (KXIP) registered their first win of this Indian Premier League (IPL) 2020 season when they defeated Royal Challengers Bangalore (RCB) at the Dubai International Stadium. KXIP captain KL Rahul gave his team a 97-run win by scoring an unbeaten ton. Apart from his brilliant innings, KXIP’s Ravi Bishnoi also performed brilliantly with the ball, with all three dismissed. KXIP head coach Anil Kumble was impressed with his performance and had some special words for him. Speaking through the club’s Instagram handle, the former Indian spinner said, “It’s amazing, I think it’s really great from Rahul. A brilliant innings that set the tone of the game. It seemed like he Batting on a different pitch, because scoring was not so easy, but they made it easy. “

Rahul smashed an unbeaten 132 off 69 balls which included fours and seven sixes. Making a record below the drain, Rahul’s ton also became the highest IPL score by an Indian. He also broke the record of Sachin Tendulkar, who became the fastest Indian to score 2000 IPL runs.

In Dubai, RCB captain Virat Kohli won the toss, and was elected to bowl. KXIP reached 206/3 after 20 overs, setting a mammoth target of 207 runs. KXIP bowlers also performed admirably to grab the fast wickets of RCB. Youngster Bishnoi drew attention from his performance. He took the big wicket of Aaron Finch, and also dismissed Washington Sundar and Umesh Yadav.

Welcoming Bishnoi, Kumble said, “Ravi Bishnoi has shown in the last few matches, the kind of control he has, the confidence he has, as a 19-year-old.”

In their next match, KXIP will face Rajasthan Royals (RR) on 27 September.