IPL 2020: Mitchell Marsh out of tournament, decides to replace Jason Holder in SRH 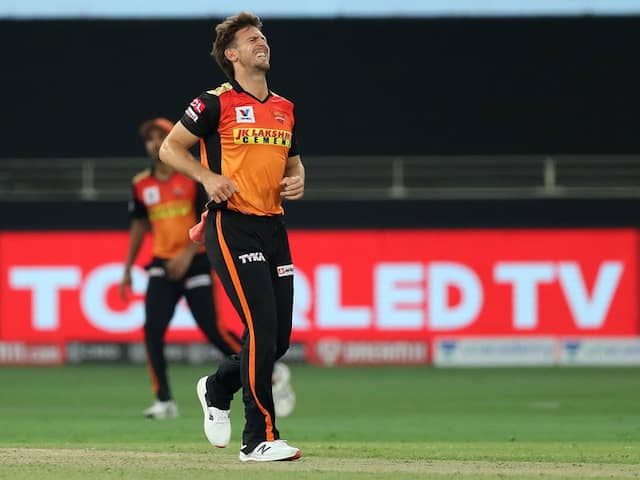 IPL 2020: Mitchell Marsh is excluded for the remainder of the tournament.© BCCI / IPL

Sunrisers Hyderabad (SRH), who lost their first game in the Indian Premier League (IPL) 2020, announced on Twitter on Wednesday that Australian all-rounder Mitchell Marsh has been ruled out of the remainder of the tournament. Marsh suffered an ankle injury during SRH’s match against Royal Challengers Bangalore (RCB) on 21 September. Marsh had twisted his ankle while bowling on Monday and walked off the field. The Australians came to bat at number 10 and were dismissed on the very first ball. The Hyderabad-based franchise named West Indian Test captain Jason Holder as Marsh’s replacement.

Mitchell Marsh has been ruled out due to injury. We wish him a speedy recovery. Jason Holder will replace him # Dream11IPL 2020.#OrangeArmy #keep rising

SRH captain David Warner said after the game against RCB that the injury to his fellow Australians did not look great.

“Losing Mitch (Marsh) early, hopefully, he’s alright, it doesn’t sound too good. He has a lot of courage to walk out there and try his best, but it was unfortunate tonight. He had an X-. Ray’s got to pick up. Hopefully, it’s not too bad. It doesn’t sound too good. Obviously, what you saw there was quite painful, he can’t put any weight on it. Fingers crossed, ” Warner said in the post-match presentation. .

SRH is struggling with injuries early in the tournament. Kane Williamson suffered a quadriceps injury during a training session and the team management did not release any updates about the New Zealand batsman.

During the game against RCB, SRH star spinner Rashid Khan was also involved in a terrible clash with Abhishek Sharma, but fortunately for the Hyderabad camp, the Afghanistan international recovered well.

SRH will take on Kolkata Knight Riders in their next league at Sheikh Zayed Cricket Stadium in Abu Dhabi on 26 September.