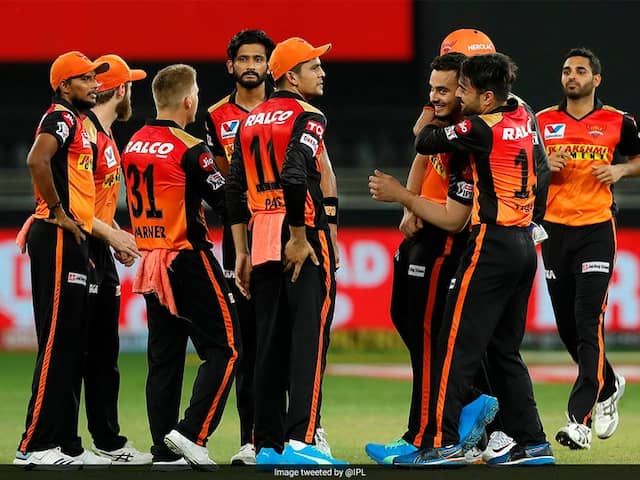 Sunrisers Hyderabad (SRH) reached fourth place in the Indian Premier League (IPL) 2020 points table after a seven-run win over Chennai Super Kings (CSK) at the Dubai International Stadium on Friday. With two wins from four matches, SRH now level with five other teams; Mumbai Indians, Delhi Capital, Kolkata Knight Riders, Rajasthan Royals and Royal Challengers Bangalore with four points ahead of their names. Mumbai, Delhi, Kolkata and Hyderabad have secured the top four spots thanks to their best net run rate. For CSK, they continue to perform poorly in this year’s IPL as they remain at the bottom of the table after failing to chase the target of 165 runs.

With three big back-to-backs to his name, Faf du Plessis had a chance to top Mayank Agarwal in the Orange Cap race and become the leading run scorer in the tournament, but he faltered after scoring 22. went.

Du Plessis is third on the list, having scored 195 runs in four innings this season.

The purple cap is held by Mohammed Shami, who has taken eight wickets in the IPL 2020 so far.

Deepak Chahar took two wickets and he finished eighth among the highest wicket-taker bowlers this year.

Indian Premier League, CSK vs SRH: MS Dhoni says, we are making the same mistakes again after the loss to Sunrisers Hyderabad